feeling this was unacceptable I phone BT to ask for a discount on my line rental and was told all I would be entitled to was £5 off the next bill which after a chat I told them in plan English “are you taken the ….”, and was upped to £8

Well to be offered £8 off my line rental to me is still “taking the ….” as this doesn't even cover the cost of having to use my mobile over the period of time my phone line was ever playing up or totally down plus you made my broadband unusable with constant disconnects due to the noise on the line and then for that to go down as my phone line finally gave up the ghost

I can only hope that after reporting a fault 4 times that they have finally fixed the problem this time but to offer me a discount of just £8 for the inconvenience it's somewhat taking the …..

After sending them this message they upped the offer to £10, i had to say do i sound like a mug and after all these years being with BT it's time to change to a different home phone provider
on October 07, 2011 No comments: Zenith Windows go crack just after the guarantee runs out :/ 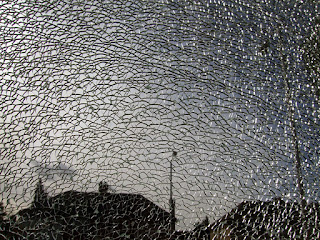 Just like to add that after phoning them you find out what a shit company they are
on October 06, 2011 No comments: