It's funny even sad when you have health and safety laws for everything these days but when it's down to the council and it's there doing things don't get done!! 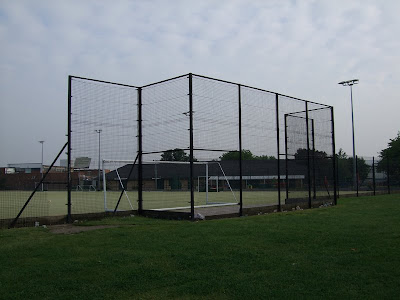 A: We had some spare fencing over and it was a shame to waste it

C: The fencing needed to be higher at the ends because we don't want to see footballs flying over and hitting the general public as they go about there day as this would be a Health and Safety liability 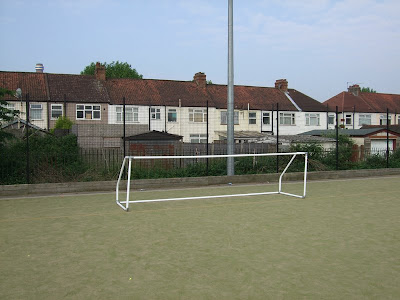 A: Someone in the planning office nicked my tape measure that day and i only had a tiny ruler to work with

B: It was a miracle at work today as someone brought in something they call a compass and we spent all day drawing circles

C: We don't care about the safety of the people who live in the houses which run along the side of the park even if there OAP's children or anyone else

One funny thing someone said on the phone "does croydon council own canterbury park", well i said i hope so i replied

Well guess what we got ? No not a higher fence which is needed but signs saying not to climb into the gardens :/ and guess what happened today ? you guessed it a twat in my mothers garden getting there ball back

So it looks like if you need to get things done you have to take the matter into your own hands ………………………. 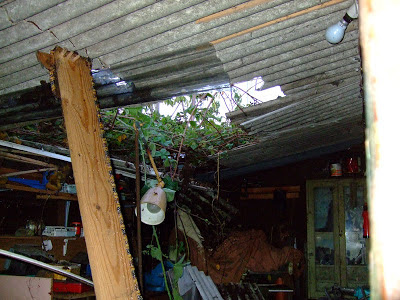 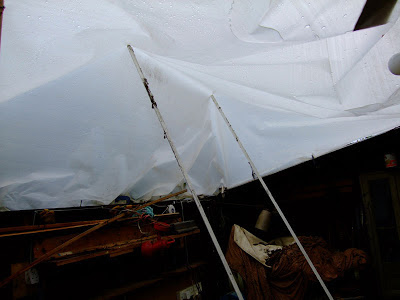 Croydon Council you are the “SCUM OF THE EARTH” 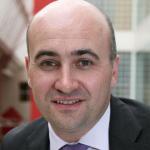 I acknowledge receipt of your e-mail and have read your blog. Putting aside the unnecessary threats of violence aimed at me I have asked the Parks and Sports team to see if there is anything we can do to improve the situation. In the meantime can you tell me, honestly, how often the balls are coming over.

My reply via email 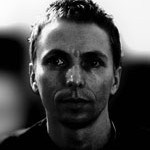 How would you feel right now if you were going to visit your 80 year old mother or your 2 year old nephews at Mayday Hospital due to the incompetence of your local council and when you write letters and speak to people at the parks department your only told it’s not are responsibility, well who’s is it then as you own the park and run it !

If i was to setup a football pitch in my back garden and balls started flying over into neighbours gardens and causing damage or harm i know it is down to me to fix the problem or do you as a Council feel you can just walk over people when the cause of the problem is down to YOU, so i can only put this down to one thing which is you as a Council being Dishonest in this matter and don’t care about people in the borough

As for the amount of times balls come over some days we have had up to 3 or 4 in a short space of time which cause damage to my mothers garden which when someones on a pension she finds it hard to find the money to replace plants or fix the damage, if only she earned £195,300 a year like you, anyway one ball is too many as if one was to hit my mother who now is in her old age it could kill her and after what happened only last week i have come to the end of my tether due to the stress of dealing with your council which has also made my mother ill

If you want to report me to the police your more than welcome as it looks like you can get away with nearly killing people and i end up in jail trying to protect them ! 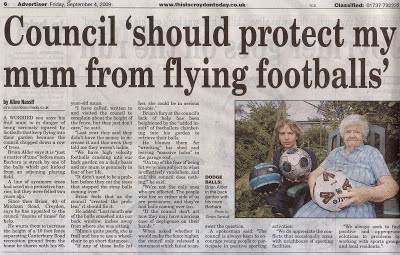 Emma Peters has asked me to respond to your email.

The services within the Council that she is responsible for will only become involved in this matter when proposals are put forward for planning permission. As the planning authority we have no power to instigate changes to fences or other structures in these circumstances, even where the Council is one of the parties involved. This matter is being dealt with by George Sarkodie, the Head of Sport & Green Spaces. I have copied him into this reply.

Christ!! Like a bus your waiting for one and two turn up as just got a email from George Sarkodie Head of Sport & Green Spaces Community Services Department

I have been asked by Jon Rouse to contact you about concerns you have raised regarding the height of the fencing around Canterbury Road astro turf facility and the danger of footballs being kicked over the fence and into your garden. Having looked into this matter, I can confirm that the fencing around the astro turf facility complies with the standard height of fencing recommended. I do however note that like any standard astro turf facility, it is possible to kick a ball over the surrounding fence. I am therefore looking at practical measures that would prevent or reduce the probability of footballs flying over the astro turf fence. Some of the options being looked at involve increasing the height of the fence but I understand this will require planning permission and therefore may not be straight forward.

I will come back to you within the next 2 weeks to update you on progress of finding a possible solution.
Regards,
George

Thank you for your reply but sometimes the standards for a fence can be wrong when they don’t do the job there intended for. 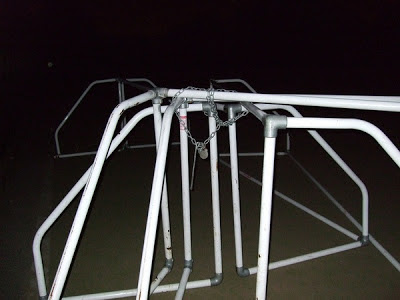 If you want the key it’s somewhere over the park Anyone using Last.fm well if you are i wondered whats in your library 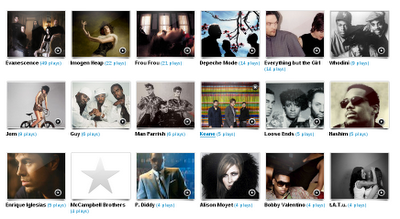 To keep my library updated i use Banshee which sends the info to Last.fm of what i'm playing on my PC so if your using post a link in comments and i will grab a image if you don't post one and i will add to post Someone please name a Linux Distro "Chamois" as it would be a good windows cleaner lol
on June 17, 2009 No comments:

Mandriva On Asus A4 Series Laptop

I'm changing distros more than i change my underware lol

OpenSuse On Asus A4 Series Laptop

So after sitting there thinking my trip to the world of Linux was over after only a few days i felt like someone off Coach Trip on C4 lol "you have two yellow cards and i'm sorry to say i have to give you a red, so bye bye" 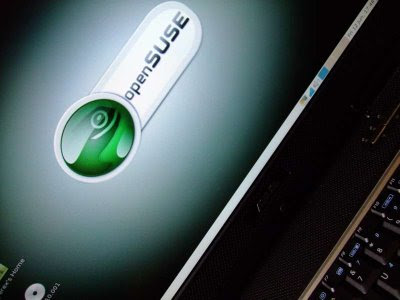 Luck for me a friend over at OE had said about trying OpenSuse which is one of the distros i didn't really know anything about, so off i went looking but was in for a shock as the download the size was over 4GB :-( where others are about 700MB

Anyway i grabbed the 11.1 64x version which is just out and with my fingers crossed i installed which is just as easy as Mint asking the same questions along the way and only taking a little longer to install and after only about 2 days of use i'm sold on OpenSuse as i've installed all manor of software and spent a few hours trying to crash the thing only for the little green Geeko to smile back at me say is that all you can throw at me :-)
on June 12, 2009 No comments: Just found a great site for ready made Userbars like below

Also you will be using some of the best free software going which in most cases beats paid for software hands down with the likes of Firefox, Brasero Disc Burner and Open Office all ready to go 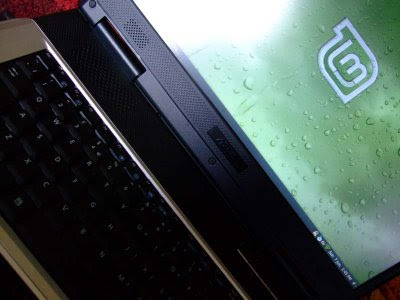 Only software i've installed using the Software manager is

The UK is being invaded by Painted Lady Butterfly’s 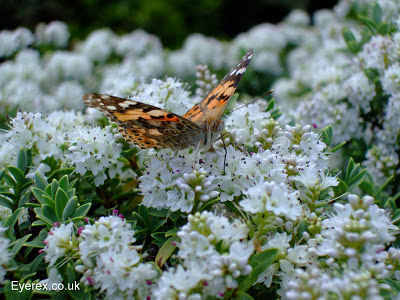 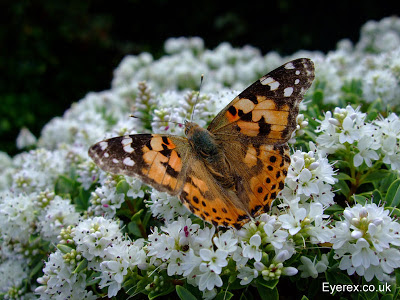 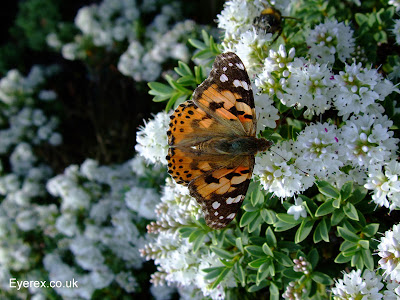 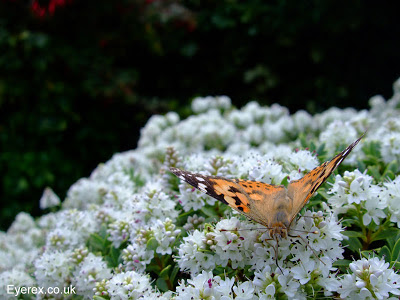 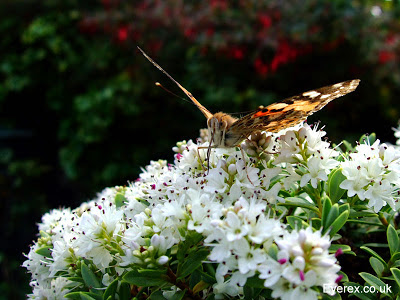